Amazon.com
out of stock
Buy Now
Last Amazon price update was: November 25, 2020 2:19 am
× Product prices and availability are accurate as of the date/time indicated and are subject to change. Any price and availability information displayed on Amazon.com (Amazon.in, Amazon.co.uk, Amazon.de, etc) at the time of purchase will apply to the purchase of this product.
2
SHARES
ShareTweet

One of the most popular alternatives to the famed DJI Tello quadcopter (See Price) is the CoFight IN 1802 drone. I recently got this sliver-colored quadcopter last week after I found about it on AliExpress. With the number of drones becoming more and more modern, I decided it’s important to provide an in-depth review of the CoFight IN 1802 drone. Just to go and show you the real capabilities that this quadcopter has to deliver for beginners and first time.

While many different brands are being labeled on 1802 IN drone. The official brand name of this quadcopter is CoFight as shown on the package box. If you take a closer look, you’d see the brand name on the top of the drone that indicates it’s manufactured by CoFight.

As I’ve been unable to find their website yet, I suspect they’re very new and are still building up to establish as the next modern drone manufacturer or under a different name. Either way, the CoFight IN 1802 drone has landed some really good impressions for me and I’m going to tell you why this toy quadcopter is worth the buck as a choice to the $100 DJI Tello drone.

The CoFight IN 1802 drone has taken a quite different design approach in terms of its internal components. When I first unbox the drone, I was a little uneasy as to why the wires are showing underneath the drone. My first thought was what if I accidentally crash it into the tree. Then the tree branches somehow got a hold of it and the drone get stuck. But, believe me, I’ve crashed it into the tree four times and it didn’t get stuck at all.

Furthermore, it didn’t sustain any damage. There were no cracks on the body or motor arms at all. Aside from a few scratches on the propellers, but it wasn’t that bad. As long as the propellers are straight enough, it will have no problem lifting the drone.

The battery can be easily inserted and removed with your fingers. Although, as you know, a 1000mAh LiPo battery is quite heavy. But it does pack a punch that gives it an impressive flight time of 12 minutes. It follows a similar design to HS150 Bolt Bee by focusing on making it aerodynamically as much as possible.

In the front of the CoFight IN 1802 drone is a 720p HD camera. It’s fully adjustable. However, you can only adjust it manually. It can be adjusted upward or downward at a 90-degree angle. So if you want to have a straight down aerial shot, it’s possible to do so. Moreover, the built-in camera is a great way for beginners to practice how to capture stills and videos before moving on to more expensive drones.

Lastly, there aren’t many LED lights. There are only two in the front that resembles a “humanized” appearance. It serves the role to assist with visual positioning during night operations.

On most of the official product pages, they don’t say that much about the performance features that CoFight IN 1802 drone brings to the table. So, I’m going to tell you it has performance-wise. This quadcopter comes with three-speed modes. On the lowest speed setting, it gives a rope for beginners to learn the controls and other basic features such as 360-degree flips. Once you feel comfortable, you can crank up the speed mode.

In terms of performance, I’m thoroughly impressed with how it flies. The controls aren’t that hard to take hold of. However, the flight speed of CoFight IN 1802 drone appears to be competing with HS150 Bolt Bee and perhaps slightly faster as it responses to the controls quite fast.

Along with a set of features such as Headless Mode, Altitude Hold, and Trimmings. This is about one of the most modern drones you will find available on the consumer market. The controls are very straightforward and easy to understand. However, there are way more features that can be unlocked using an app designed for the IN 1802 drone.

With the app, you get additional features like Waypoint Mode, Follow me Mode, and several more, countless to be named. Quite frankly, I thought the features and performance packed in a miniature quadcopter that has a chrome design are valuable at its price range. It felt like it’s professionally made for beginners with high-grade quality.

In this part of the IN 1802 drone review, I’ll show you the accessories that came with the box. I liked how the box is small enough and packed all of the parts together nicely. It does make a good carry case. As you can see the parts that are included below.

The USB charger comes with a circular plug which is for the battery. To be honest, I did struggle a bit where to find the plug-in for the battery because it was designed completely differently. But once I figured it out, I was very impressed with it. The charger charged the battery very well without any loose ends.

I liked how it came with an inscription on it. This makes learning how to fly a drone process way much easier as it tells you exactly what each button does! However, that isn’t all about it. There are additional buttons on its shoulder typically used by advanced pilots.

The buttons on its shoulder feature headless mode, altitude hold, speed mode, and 360-degree flips. They all perform exceptionally well. But with a warning, performing a 360-degree flip will put you on the highest speed setting. I don’t know why it does that but it certainly has to do for a performance reason. Not a serious issue though.

Final Verdict of CoFight IN 1802 Drone

If you’re looking for a modern drone that is capable of withstanding crashes and is equipped with a camera. Then look no further because the IN 1802 drone is just about the most modern quadcopter you’ll find on the market. With an impressive battery flight, good quality camera, and packed with features at an incredibly low price. It puts most of the high-priced drones like HS160 Shadow (See Price) and Eachine E58 (See Price) to shame.

As I mentioned previously in the review, the IN 1802 drone (See Price) flies just about fast as HS150 Bolt Bee (See Price). The only difference is that this drone is much bulkier, longer flight time, and has a slightly higher price tag. But all in fairness, it comes with juicy features that beginners and experienced RC fans will enjoy for a long time. This is a drone crafted with incredible quality that offers you a real glimpse of flying a powerful miniature quadcopter at a low cost. If you bought or own the IN 1802 drone, let us know how you liked it.

Amazon.com
out of stock
Buy Now
Last Amazon price update was: November 25, 2020 2:19 am
× Product prices and availability are accurate as of the date/time indicated and are subject to change. Any price and availability information displayed on Amazon.com (Amazon.in, Amazon.co.uk, Amazon.de, etc) at the time of purchase will apply to the purchase of this product.
8.8 Total Score
Great

The IN 1802 Drone is a clone of the popular DJI Tello quadcopter. However, the IN 1802 Drone is made with professional quality which gives it a chrome appearance. It is also packed with bunch of features which makes it overall a hot contender for beginners.

Hello, welcome to Aerofly Drones! My name is Keith Ericksen. I am a commercial licensed drone operator. Flying and talking about the drones is my passion. Whether it is toy-grade to professional-grade quadcopters. On my leisure, I enjoy socializing with friends, play video games, hiking, traveling and reading. If you have a project that needs our drone services, please contact us via Hire-A-Pilot page.

We will be happy to hear your thoughts

Parrot Bebop 2 vs DJI Spark Drone: Which One Is Better?

What is Headless Mode on a Drone?

How To Find A Lost Drone – Steps You Can Take Right Now! 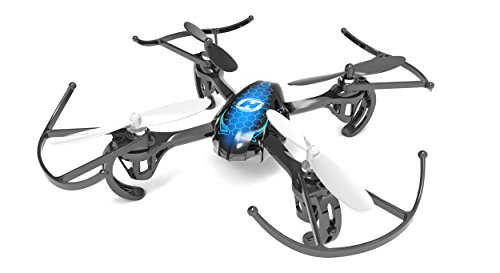 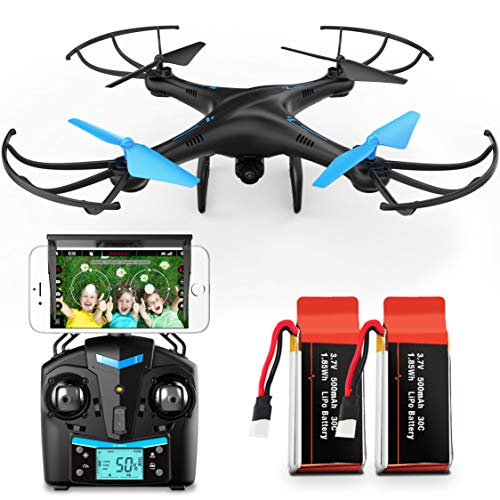 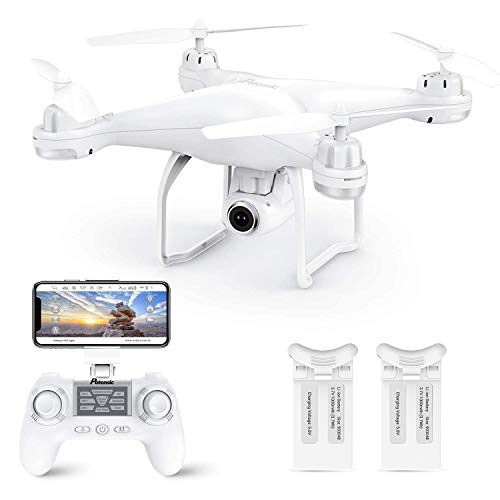 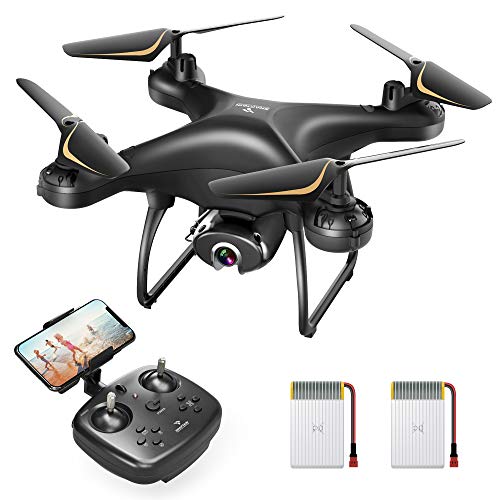 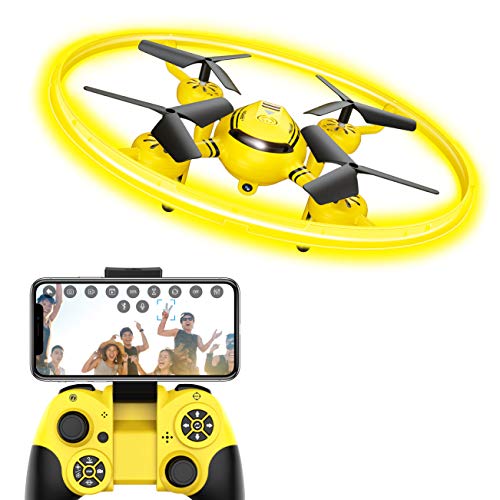 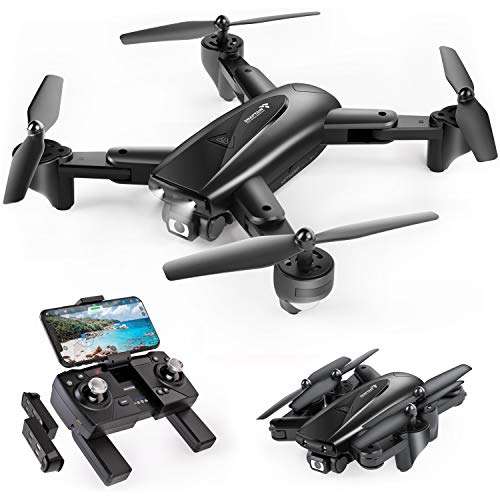 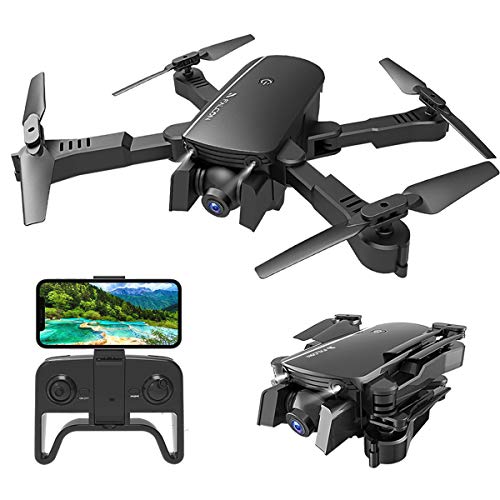 Earn $5 for each quality article you submit to Aerofly Drones about drones, action cameras, FPV goggles, and more. Upon earning $25, we will send you a gift card of your own choice! To get started with writing articles / guest blogging, reach out to us via e-mailing writing@aeroflydrones.com